Hey everybody it’s Doctor Jo, and today I’m gonna show you some exercises for dead but syndrome. Say butt?! Let’s get started. So dead but syndrome is basically when your gluteus medius doesn’t really work anymore or it’s not working how it’s supposed to, and this happens when you sit a lot, when you have to sit for work, and that muscle just becomes lazy and doesn’t work anymore.

But it can actually happen to athletes as well. Runners and stuff tend to be able to compensate and not use that muscle, and so they can get dead butt syndrome as well. So it’s not just for those couch potatoes or people who have to sit during work all day long.

So I’m going to show you some ways to strengthen that glute med. The first one is called a clam shell exercise. So you’re gonna lie down on your side, the big thing with a clam shell is you want your hips to be perpendicular to the floor.

If you roll your hips, you’re not really going to work that muscle like it should, so if you have to start off leaning against the wall, that’s fine, but you want to keep it straight up and down.

Your knees are gonna be start off together, and your feet are gonna start off together. Your feet are gonna stay together the whole time, and then the top knee is just gonna come up like a clamshell. So again make sure that hip stays still, so if you come up and do this, that’s not doing it right, you want to just come up to where those hips stay in one spot, so it it looks easy but if you’re doing it right, it’s a lot harder than it looks like it, so just coming up and then slowly coming back down.

So just start off with about ten of these and you can work your way up. If you get to 20 to 25 and it’s pretty easy, you can put a weight around your thigh or you can use a resistive band and then do that as well, but remember if you start rolling that hip, then you’re not doing the exercise correctly.

The next one is gonna be just a side lying leg raise, but again this one has to be done correctly for it really to work that gluteus medius muscle. So you’re gonna put the top leg straight out, that’s the one you’re gonna work, and you want to keep it nice and straight.

When you lift it, you want to lift with your heel up and your toes down, so in this position. If you’re going up like this, then you’re working your quads and you’re not working that glute med, and when you come up you want your body to be in a straight line, so you don’t want it to come up this way, so kick it back behind you just a little bit, so you’re coming this way versus a lot of times people want to come up this way, but see how it comes forward, so you really want to kick back behind you.

So again just starting with about ten to fifteen of these, if you get up to twenty to twenty-five and it’s easy, then you can start adding some light ankle weights, but again you should feel that work in that glute medius right there.

So then the next one is going to be kind of a kick out some people call them horse kicks, but basically what I feel like the motion is is almost like a bicycle motion, but on your side. So this leg’s going to start down, you’re gonna bring your knee up, kick it out, and then come back down, but again you want to keep those hips in that perpendicular position, so they’re not rolling forward and they’re not rolling back, you want to keep it right there.

So you’re coming up, kicking out, and then coming back down. Try not to drop that leg trying to keep it in that same height the whole time, so it’s not dropping down it’s staying up, so again same thing, start off with ten to fifteen and then you can work your way up from there.

Oh-whee, working those muscles. So the next one is going to be a side plank, but if you were wanting to work your right side you’d flip sides, but I’m just gonna stay on this side. So you want to come up into a side plank and you want to get yourself in a nice straight line.

If you can, keep that elbow right underneath the shoulder so you don’t hurt your shoulders, and once you get here you’re gonna drop that hp down and then come back up. So nice and smooth, not dropping down without control cause then that’s not really working it, but coming down slow and then coming back up, dropping, and back up.

So again just starting off with ten of those and then working your way up. So the last set of exercises are going to be standing up. So the next exercise is going to be hip hikes you’ll need a step, it doesn’t have to be quite this high, it can be a just a little two-inch step that’s fine, or steps going up your stairs because you might want something to hold on to if you’ve got some balance issues, but what you want to do is the side you want to work, it’s gonna be the one hanging off.

You’re gonna keep the one on the step straight, so you don’t want to bend it, it’s not doing this, but you want to drop that hip on this side and then pull it up. So see I’m doing the work on that side, this one’s really just balancing, so again if you want something to hold on to, that’s fine, but you’re dropping it down and coming back up.

So again just starting off with 10 to 15 of these, and then you can work your way up. So the last exercise is going to be a single leg squat with a reach to the opposite foot. So this one’s pretty tough.

Make sure you start off holding on to something, or if you’ve got a cane or a stick, use that as a balancer because this one’s really gonna work that side and it’s gonna be pretty hard to do if you haven’t done it before.

So what I recommend starting off having something as a balancer putting it out to the side, and just start at your knee first. So you’re gonna come up, go down, try and keep that knee behind your toes as much as you can.

If it goes a little bit over that’s okay, but you don’t want to be reaching far so once you can do about ten or fifteen at your knee, then come down towards that opposite foot and then try and touch the outside of the toes.

Try and keep your hips level so you’re not dropping that hip when you come down because that’s what when the glute med is weak, it drops down. Try and keep those hips level and then touch the opposite side, so eventually, let’s see if I can do it, you can just use your back foot as a balancer and come down and do that motion and then if you get really good, you can come down without holding on.

So that’s really gonna work those, that’s really tough make sure you’re holding onto something to start off with. So there you have it, those are your exercises for dead butt syndrome, and we have resurrected our butts and now they are zombie butts! Don’t be scared! So we have a Wall of Thanks today.

Thank You Del, Mark and Sanns, and if you would like to be on the wall of thanks, make sure you click the button up here for our patreon. And don’t forget to subscribe down here. And remember be safe have fun and I hope you feel better soon! 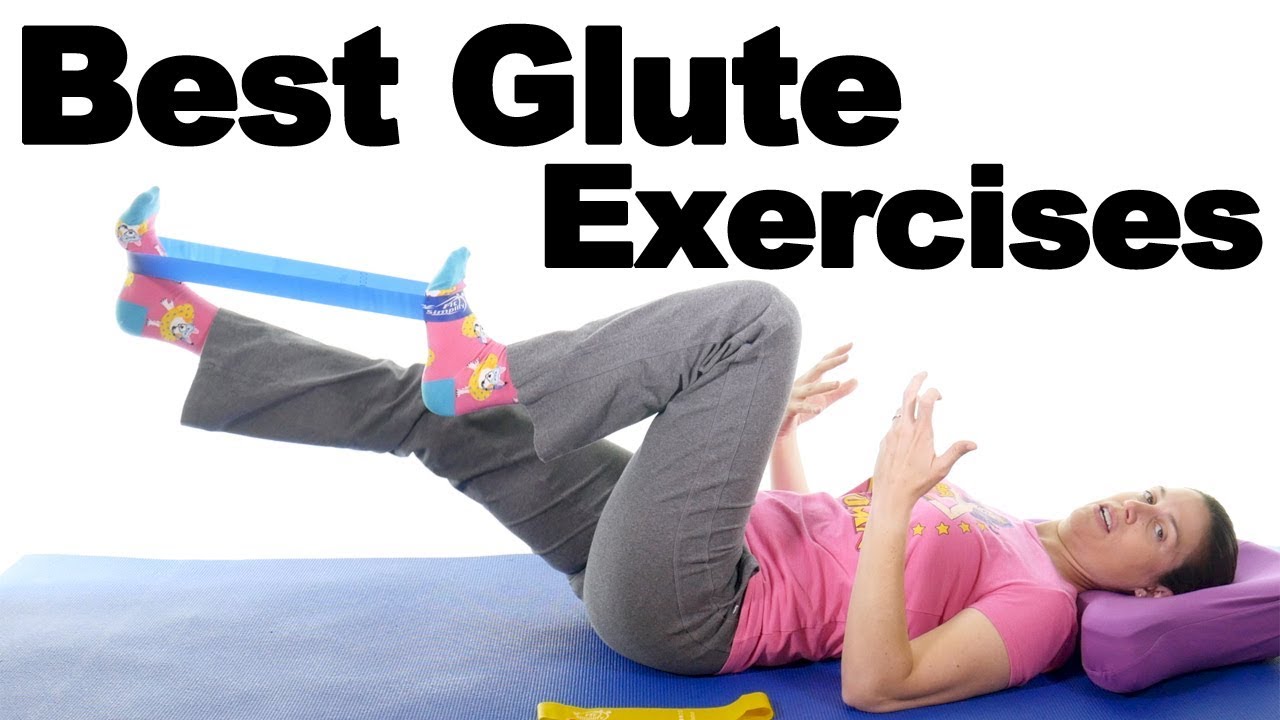 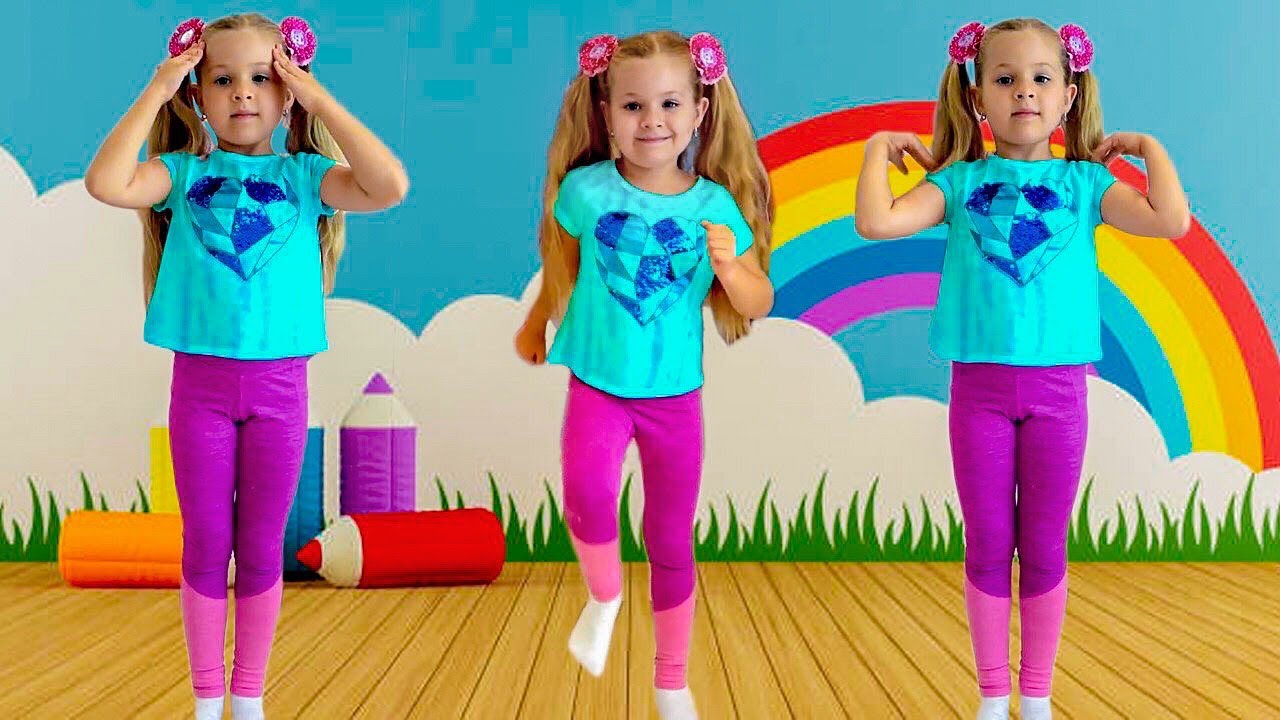 Diana exercises with Head, Shoulders, Knees and Toes song and learning the English Alphabet with… source